As a kind of cement flue gas denitration technology, low nitrogen staged combustion technology mainly follows the principle of combustion and reduces or inhibits the nitrogen oxides generated in the combustion process by changing the operating conditions.

In the process of specific application, people should establish a reduction combustion zone between the smoke chamber and the decomposition furnace. At the same time, using coal to divide part of the original decomposition furnace into this area to form a series of reducing agents through anoxic combustion, such as carbon monoxide, methane, and hydrogen cyanide, so as to convert the nitrogen oxides produced in the calcination process into harmless and pollution-free nitrogen. Furthermore, coal also plays a certain inhibitory role in the production of nitrogen oxides in the state of anoxic combustion.

The selective non catalytic reduction technology is an important type of denitration technology in cement production, also known as SNCR technology. Its principle is that when the combustion temperature is 850 ~ 1000 ℃, ammonia or ammonia precursor is injected into the discharged gas fluid under aerobic conditions to reduce nitric oxide according to the corresponding reaction law.

Nowadays, the reducing agents in the cement industry have ammonia base, which is mainly composed of ammonia and urea water, which can reduce the nitrogen oxides in the calcination process to ammonia and water. In the calciner of the cement clinker production line, there is a reaction temperature window in line with SNCR technology.

This technology has a high removal rate of nitrogen oxides, generally 50% ~ 80%. In the meanwhile, its operating system is simple, which provides convenience for the actual denitration operation. However, this technology requires a high reaction temperature and requires a large amount of reducing agent, resulting in a significant increase in operating cost. In addition, the technology is vulnerable to factors such as reaction temperature, chemical reaction time, and spray gun position.

SCR denitration technology has high requirements for temperature, the reaction temperature is required to be controlled at 300 ~ 450 ℃. Without the participation of the preheater, the temperature of the flue gas duct in the calcining kiln is far lower than this temperature, so the flue gas must be properly heated first. Besides, appropriate SCR catalysts should be used, such as titanium dioxide or v205-m003, and the shape of the catalyst usually adopts plate, corrugated plate, and honeycomb structures.

The denitration effect of SCR denitration technology is very obvious. Generally, the removal rate of nitrogen oxides can reach 60% ~ 90%. However, it has strict requirements for the equipment, which requires it to have high corrosion resistance. And the investment and operation cost is large, which is easy to cause secondary pollution to the environment.

At present, Japan, Germany, and other developed countries usually use low nitrogen staged combustion technology to reduce the content of nitrogen oxides, and then use a flue gas denitration process for denitration. These combined denitration technologies can improve the traditional denitration efficiency and reduce investment and operation costs. 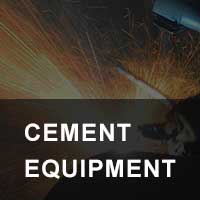